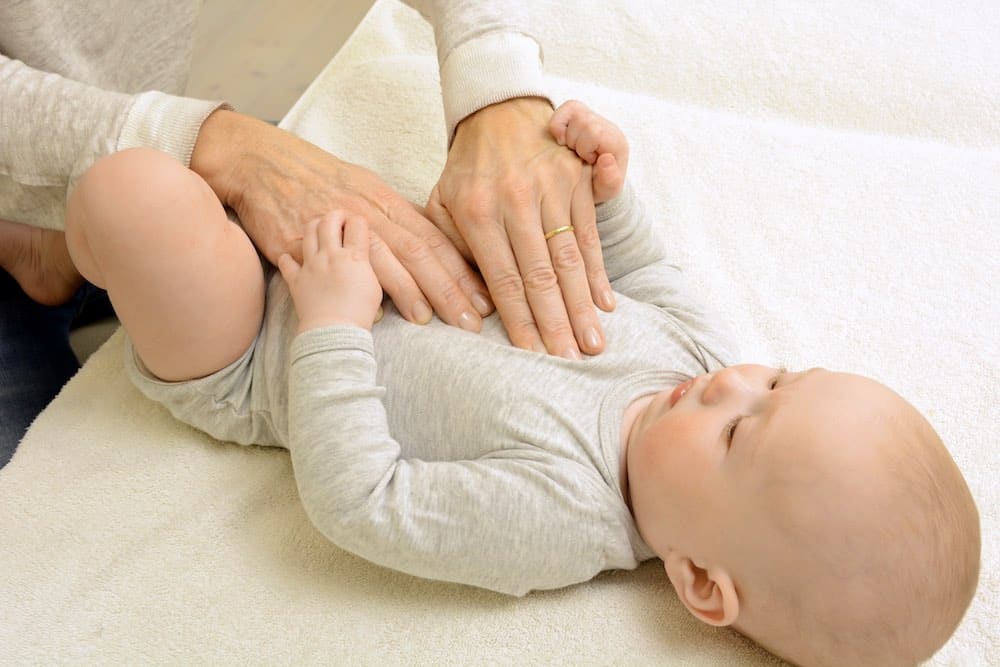 May 21, 2017 In News By Walkley Chiropractic Group

Should I take my baby to a chiropractor? Why should a baby see a chiropractor? How does a chiropractor treat babies? These are just a few of the commonly asked questions that the chiropractors in the Walkley Chiropractic Group are asked daily. This article attempts to provide the reader with information regarding paediatric care in chiropractic and in turn answers some of the concerns that may exist.

While everyone appreciates that a baby’s body is just a smaller and more delicate version of an adults, it stands to reason that it too can suffer the same physical complaints. And just like an adult some of the complaints will also naturally respond to the very gentle care of a chiropractor. Listed below is some of the lesser known  conditions that babies may suffer and for which their parents will consult with the chiropractors at the Walkley Chiropractic Group.

Torticollis (sometimes known as a wry neck) is the inability to turn the neck properly to one side, While this condition is normally quite painful, some infants can present with little or no signs of discomfort. Torticollis can develop as a result of a traumatic birth, especially if forceps or vacuum methods are used (1). This condition is also commonly seen in association with upper respiratory conditions such as tonsillitis and the common cold. Sometimes torticollis isn’t noticed until the baby starts to develop a flat spot (also known as plagiocephaly) on one side of the back of their head due to a baby’s preference to sleeping with their neck turned to one side. Many times a mother is alerted to their babies torticollis by a preference to consistently feed from one breast over the other. A plagiocephaly isn’t only a cosmetic issue (although often the reason they are bought in) but it has relations to the cerebellum, which basically controls gross movements and fine motor skill development (2,3). Chiropractors use techniques to gently restore normal joint movement and relax the surrounding tight muscles.

Colic means excessive crying and is typically defined as crying for more than 3 hours a day, for more than 3 days a week for a period longer than 3 weeks (4). This in turn affects the infant’s ability to rest and more importantly their sleeping habits. It is important to state here that as chiropractors we don’t treat colic. However we do treat problems that are found in the spine such as restriction in joint movement and muscle tightness and pain. Empirically this has been known to have an effect on the symptoms of colic with the symptoms subsiding. One theory that may help to explain this is that if the baby is susceptible to tense muscles and imbalances in the spine, then by restoring the normal function, it can help to relieve tension and decrease pain (4) thus helping them to settle. It is important to know that there are other reasons a baby might be suffering from colic, but your chiropractor will be able to go through these with you.

Quite often parents may bring their baby in because they are constipated, or because they are really struggling to pass a stool. Sometimes they may be excessively windy. Another fantastic side effect of chiropractic work on the spine is often the parents will note that their baby has less difficultly passing stools and less wind after receiving chiropractic care for spinal joint problems and/or muscle tightness. This is because the functions of the body are controlled by the nervous system (brain and spinal cord). So, when an adjustment is performed on the spine, it stimulates the nervous system for example it tells the nerves to do their job properly and hence with normal function, normal bowel movements are restored (5).

When treating babies, it is important to understand that the chiropractors at the Walkley Chiropractic Group do not treat a baby in the same way as they treat an adult. They are treated very differently. Commonly the chiropractor will use a combination of techniques. This may include the use of a device known as an “activator” which provides a small, measured and safe impulse to a restricted joint to help restore normal movement. This pressure is no more than you would use if you were to press on your eyeball. In addition, there may also be gentle stretching, soft tissue work and other gentle mobilization techniques.

So just because a baby can’t tell you they are in pain, doesn’t mean they aren’t. Often it is manifested in other ways, especially in the unsettled crying baby. Chiropractic is a safe option (6), and our chiropractors at the Walkley Chiropractic Group are passionate about you having a happy, healthy baby (and a good night’s sleep too!).

If you would like to make an appointment, please contact us on 9791 1053 or email us on info@walkleychiro.com.au