Pelvic or sacro-iliac joints problems are one of the most common reasons that people present to a chiropractor with lower back pain. The sacro-iliac joint is the union between the larger Ilium bone and the smaller central triangular shaped bone called the sacrum. This joint is a very important joint as it is the buffer or transition zone between the lower extremity (leg) and the spine. Sacro-iliac joint problems commonly occur as the result of poor seated posture, operating heavy machinery, lifting heavy weights, incorrect lifting practices and daily activities such as vacuuming or digging in the garden.

Patients presenting with sacro-iliac or pelvic joint problems usually report very similar symptoms. Onset of lower back pain that is one sided around the level of the belt line. The pain is described as an ache but can have an occasional grab. Some people will also report a pain that refers into the back of the thigh. The pain is aggravated by sitting or rising from a seated position but relieved by walking. Rolling over in bed or putting the socks or pants on first thing in the morning is difficult. 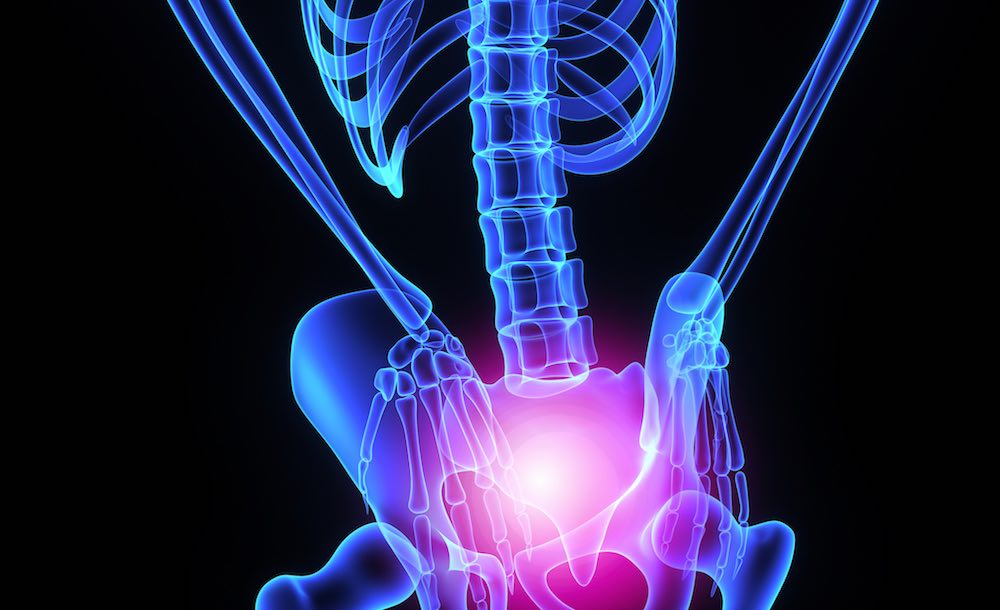 FACTS RELATING TO LOWER BACK PAIN

Daily activities such as vacuuming, mopping, making the bed or digging in the garden cab result in sacro-iliac joint problems